Kochava CEO, Charles Manning, said, “When it comes to blockchain platforms and related projects, an experienced, well-rounded team of advisors is critical to success. David, William, Paran, and John bring deep knowledge spanning the markets and exchanges, blockchain, and marketing industries. The XCHNG vision of building a unified framework for digital advertising on the blockchain requires expert advice that covers all disciplines, including technical blockchain and development expertise, economic and crypto-economic theory, and deep experience in marketing and advertising. With XCHNG, we’re dedicated to building a platform that is centered around the next generation insertion order and constructing one of the fastest blockchain protocols in existence to handle the large transaction volumes represented in advertising.”

Weild was a key figure in the public policy discussion around the JOBS (Jumpstart Our Business Startups) Act that went into effect in 2013, a law intended to encourage the funding of small businesses across the United States. He is also a frequent contributor to several international business publications such as Bloomberg, Financial Times, and The Economist, discussing the IPO market, job creation, and the American economy.

“The blockchain industry is growing by leaps and bounds, bringing new and disruptive solutions to markets,” said Weild. “Successful initiatives will consider all stakeholders right from inception—advertisers and consumers, their agents plus governing bodies. Importantly, governance and integrity are priorities at Kochava. For this reason, the team has had great success in building relationships with their partners. So, I am excited to be on board and eager to help Charles and his team drive XCHNG’s success.”

Maffei brings over 20 years of executive experience leading internet and mobile companies. Currently, as CEO of Matcherino, Maffei leads his team in building software that enables game publishers and tournament organizers to run successful esports events. He brings incredible insight and direction to XCHNG in order to drive adoption and build strategic partnerships.

Mougayar is highly regarded as an advisor, investor, and mentor to blockchain and tech companies. Mougayar is a former Special Advisor to the Ethereum Foundation, an Advisory Board Member for Coin Center, as well as a Board Member in OpenBazaar and Stratumn, amongst other initiatives. Mougayar will be one of the keynote speakers at the Fifth Annual Kochava Mobile Summit, taking place February 14th through 16th at Kochava Inc. Headquarters in Sandpoint, Idaho, alongside Professor at Stanford Law School and Stanford Graduate School of Business, and former prosecutor for the US Department of Justice, Kathryn Haun.

Considered the most valuable gathering of mobile industry experts, with over 200 industry representatives and experts in attendance, this year’s Summit will focus on the far-reaching transformative capabilities of blockchain on digital advertising. Haun will open the three-day Summit with her keynote on how blockchain can be used to fight against ad fraud. Mougayar will leverage his well-respected blockchain industry expertise to educate attendees about what blockchain is and how it has been transforming other industries.

Haun said, “Fraud has become a costly part of campaigns for the advertising space. Blockchain technology has the ability to help fight fraud, thereby improving and enhancing the digital ad buying experience for all players in the ecosystem. I’m looking forward to speaking at the Kochava event next week and to exploring the future of blockchain with industry experts and digital advertising veterans.”

The XCHNG framework will be powered by the XCHNG Token (XT), which will be used to buy and sell media or pay for services surrounding media transactions. XCHNG has been built to enable market-driven payment providers who can facilitate escrow, fiat conversion, or payment depending on the needs of the participants in an insertion order (IO). The digitization and tokenization of IOs will thereby treat digital ads as a true asset class.

Since its inception in 2011, Kochava Inc. has aimed to better understand the feedback loop between user acquisition, engagement, and lifetime value throughout the digital ecosystem. Their clientele includes the world’s top advertisers and Fortune 100 companies, which depend on Kochava Inc. to measure over $6 billion in ad spend annually. Through their industry-leading technology, Kochava Inc. sheds light on the effectiveness of ad spend on all connected devices and is uniquely positioned to deliver this blockchain solution to the industry. 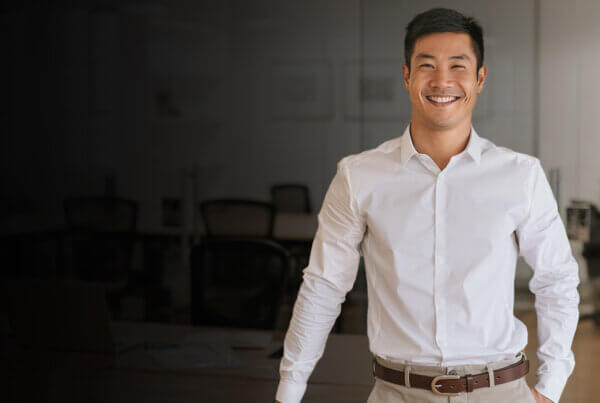