Spotify ran a multi-media campaign for McDonald’s, targeting the audience segments curated from the custom behavioral analysis. Spotify users were served a combination of audio, video, and creative display ads for McDonald’s.
With millions of impressions delivered, McDonald’s needed to understand the incremental lift impact of the Spotify campaign strategy on conversions in the MyMacca’s Rewards app.

McDonald’s looked to Kochava, the mobile measurement partner (MMP) trusted for monitoring performance of their mobile app properties worldwide. McDonald’s Australia leverages the Kochava platform to measure installs and in-app events (including Registrations and Orders) within the MyMacca’s app.

To assess the true incremental lift of this customized Spotify campaign strategy, Kochava’s internal team of data scientists and analysts, Kochava Foundry, dissected the Spotify campaign impression data and holistic MyMacca’s app activity data. Leveraging proprietary methodologies, Kochava Foundry segmented the test group exposed to the campaign and then modeled a forensic control group of lookalike users who were not touched by the campaign. Differences in down-funnel conversion performance within the MyMacca’s app were analyzed between the test group and modeled control group to determine the incrementality of the campaign. 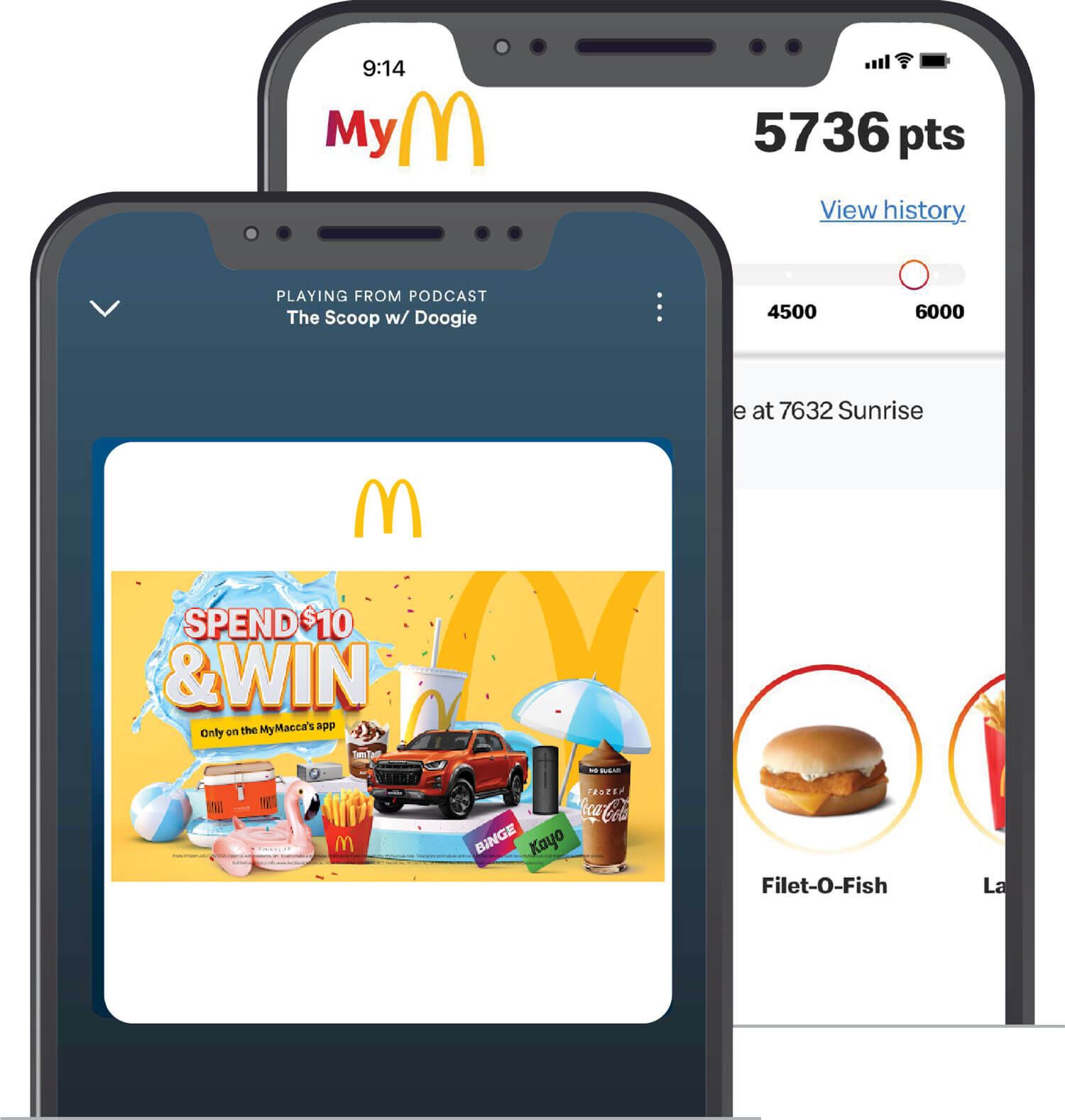 “This was such a uniquely tailored campaign strategy for McDonald’s and we were thrilled Kochava Foundry was able to independently analyze the incremental impact of the effort.”