A worldwide telecommunications and financial wire service company was concerned about performance anomalies in their mobile app acquisition campaigns. Certain key performance indicators (KPIs) seemed over inflated, and post-install engagement with important conversion events was less than desirable. For the marketing team, understanding their true return on ad spend (ROAS) was elusive and they were deeply concerned about ad fraud.

The company hired Kochava to perform a fraud audit on their attribution data. The primary focus was to analyze click and install data attributed to all ad networks for two of the company’s apps on both iOS and Android platforms. The goal was to uncover any fraudulent activity impacting their campaigns. To determine fraudulent activity, Kochava leveraged their internally developed fraud detection algorithms to process the onboarded attribution data from the company. Kochava data science and client analytics teams performed a detailed analysis and consultation, delivering a comprehensive report of the findings. 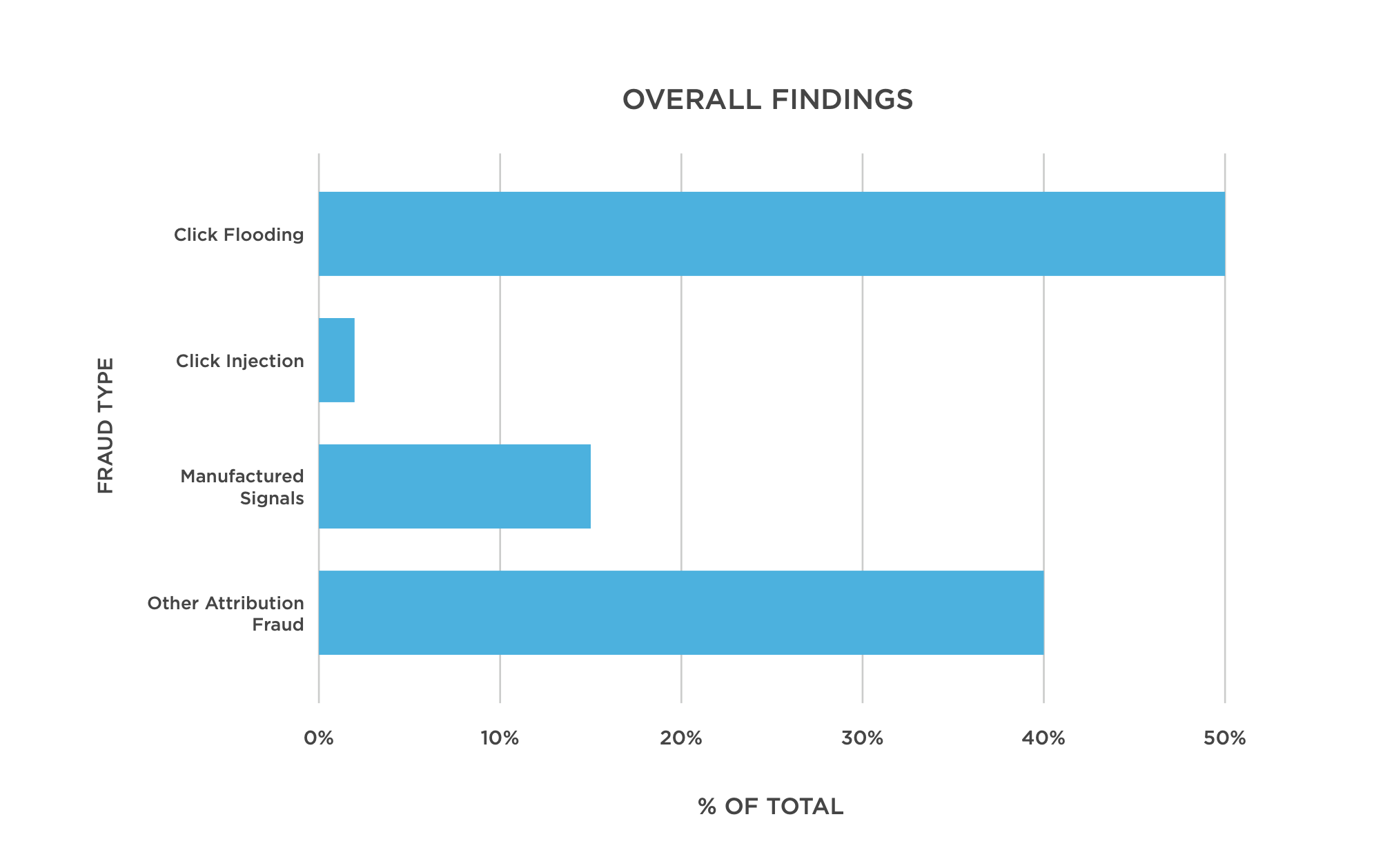 The networks analyzed demonstrated varying levels of fraudulent activity ranging from fewer than 15% to over 85% identifiable fraud. Overall, 65% of all attributed installs for the time period were identified as fraudulent. The primary fraud tactic overwhelmingly utilized by the networks was click flooding. By flooding large numbers of fake clicks into the ecosystem, certain networks had an unfair advantage in gaining last-click attribution, not only stealing credit from other legitimate network partners, but also taking credit for truly organic installs. A significant volume of installs further exhibited behaviors that suggested they were manufactured and not real user installs. The company took swift action on the findings and their rates of fraud fell considerably as they stopped running with the networks with the highest rates of fraud.

“The fraud audit was an eye-opener for us. A number of our ad partners were not acting in our best interests and the detailed analysis provided by Kochava empowered us to obtain make-goods and refocus ad spend toward the partners that were driving true growth.”