What is an MMP?

An MMP is a mobile measurement partner and is an independent third-party platform that tracks, organizes, and visualizes mobile app data to give marketers a unified view of campaign performance across channels and partners.

Why is an MMP important?

How does an MMP work?

Advertisers first integrate the MMP’s SDK into their mobile app to send all app installs and in-app events to the MMP. Once installs and events are being successfully measured, the advertiser can easily launch and track omni-channel campaign activity leveraging the MMP’s integrations with demand-side platforms (DSPs), ad networks, affiliate networks, social networks, and super publishers like Facebook, Google Ads, Snapchat, Twitter, etc. Capture all campaign activity with impression and/or click tracking URLs. Advertisers can also use MMP tracking tags to measure owned media efforts across email, web, social, and beyond.

Once the MMP receives all installs and events from the app, as well as all impression and click data across the advertiser’s marketing campaigns, the MMP’s attribution engine deciphers which ad campaign drives installs and/or in-app conversions. After attribution is awarded between a particular advertisement and an install or event, the MMP sends an immediate data postback to all of the advertiser’s partners to report the conversion outcome. This data postback aids in campaign optimization, network reporting, billing, and other marketing functions. The result is the MMP as a single source of truth on what drove install and in-app conversions for the advertiser and the use of that data to inform ongoing marketing optimization to effect maximum return on ad spend (ROAS). 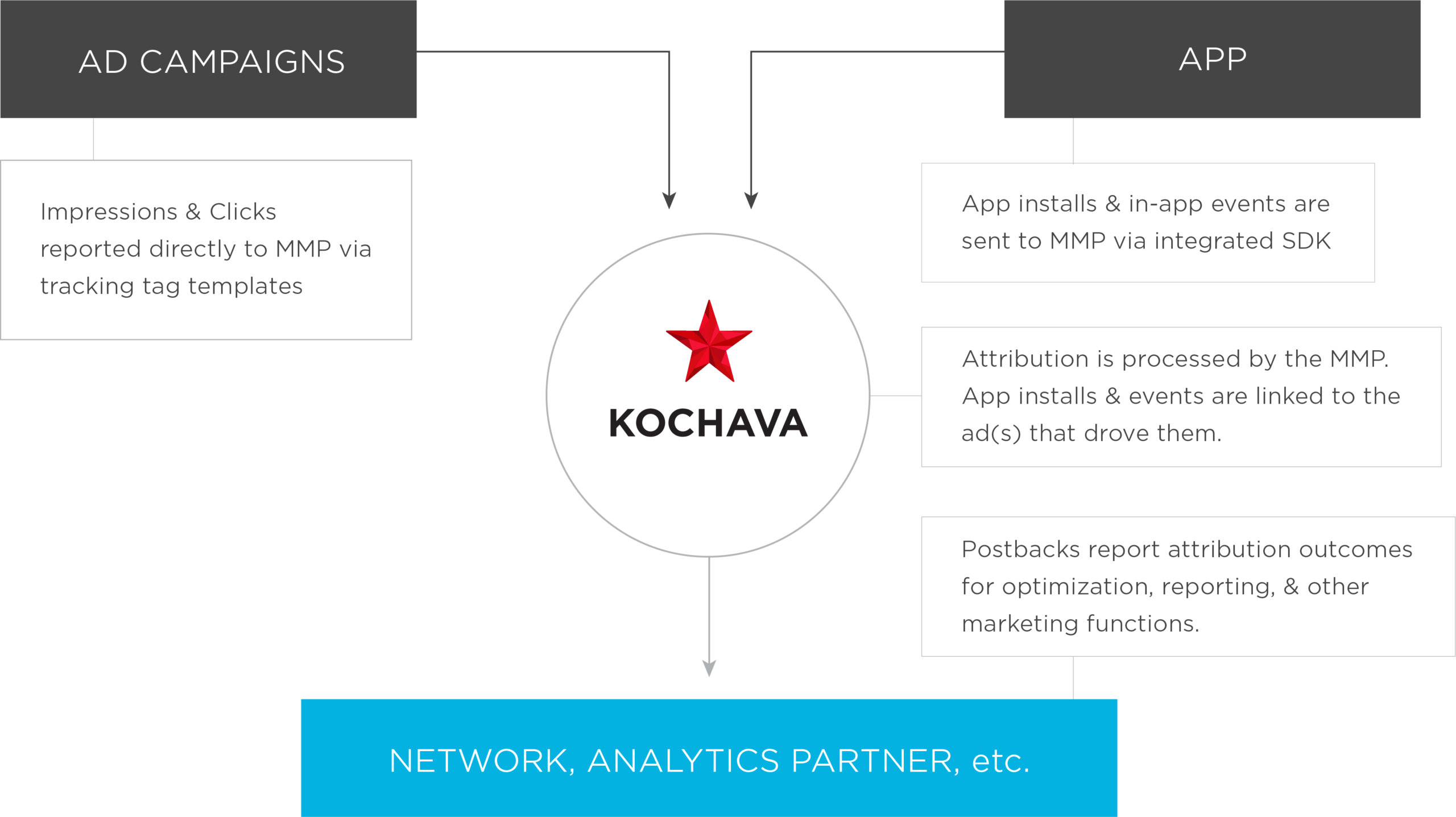 Is Your Mobile Measurement Partner (MMP) Putting Your Business in Jeopardy?

What is a Mobile Measurement Partner (MMP)?