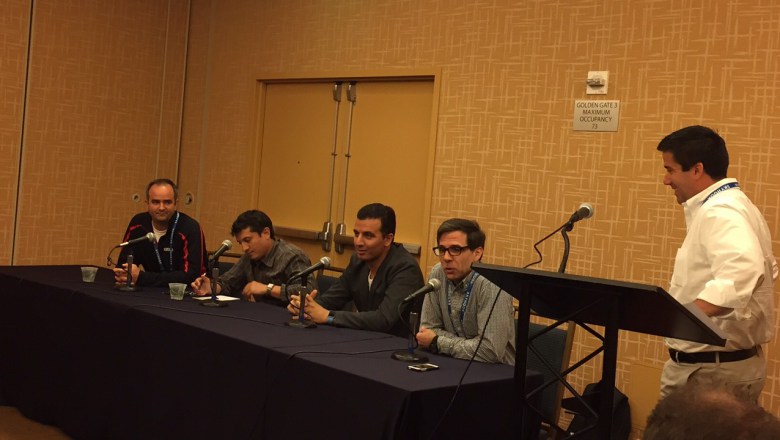 This business of mobile attribution is a tough one. How does one find out which dollars out of all the ones put into app promotion were the best spent? Which advertising messages led to gaining a new app user or a sale?

The truth is there’s no easy answer, and it takes a lot of iteration to arrive at the right data set and the right tools. So say some people who spend their days working with this stuff. A panel full of them spoke at VentureBeat’s MobileBeat conference Monday.

When companies begin to get serious about attribution, they tend to overreach, several of the panelists said. “Your first instinct is to boil the ocean,” said Charles Manning of the mobile attribution and analytics platform Kochava. “You’re going to want to instrument everything.”

“Every aspect of media buying is potentially inaccurate,” said Appsflyer‘s Assaf Vaknin. Vaknin said one common tactic is to simply look at the number of sales or app user conversions after the fact and hope for some halo effect.

Vaknin points out that the problem of data complexity grows when you factor in user touches on non-digital media like TV and radio. But Appsflyer’s clients expect attribution and analytics to cross into those other media.

To do that, they typically locate and integrate with technology partners that specialize in other media, like TV and radio. “We have to work with whatever is out there and enrich the level of data that’s out there,” Vaknin said.

Juan Pablo Bedoya of the identity theft protection company Lifelock says his company has been trying to work closer with its analytics partners. One of the company’s main goals is to find the right messages and media to get dormant app users using the Lifelock app again.

Push notifications are an effective but potentially annoying form of messaging. For instance, Lifelock sends push notifications to people who have not used the app for a certain period of time.

One member of the audience said she never turns on push notifications on her phone because she has no expectation of receiving useful information from them, just advertisements of one form or another.

“Mobile is great, but you really have to keep an eye on it,” Bedoya said. “I’d rather try a few things here and there and just keep learning as we go.”